Kara Welch’s primary role at Ulster Spring Women’s Group Trading (USWG) where she volunteers, is in organizational capacity development as well as offering training in environmental stewardship. She added that she hope to address the social side of the enterprise by offering trainings in anything from technology/computers to organic farming methods.
USWG

focuses its efforts on utilising yam to make delicacies in an attempt to boost employment opportunities, particularly for women, in the under-resourced rural community of Ulster Spring.

Her most cherished memory at USWG was the team of women delivering on a massive order.

“During my first week at USWG, the group was given an order for 500 yam gizzadas,” she recalled. “It was the first time the group had been given such a large order,” she added.

“It was inspirational to see a small group of women come together to make a big goal happen. With input from RADA and local persons to support the women, we filled the order and all learned skills in food preparation,” she said joyfully.

Welch said that being a part of the women’s group has been a fulfilling journey. She noted that the group has received positive recognition because of its products, which also uplifts the profile of the community.

She agreed that social enterprises are poised in a unique way to provide incentive for individuals while sustainably addressing social issues.

“In Ulster Spring, we are looking to generate employment where none is to be found. On the way, our goal is to help train as many individuals as possible to empower rural communities,” she said.

Social Enterprises develop and strengthens the social and economic fabric of a community and those who serve in such entities, like Melissa, Jordon and Kara, are doing a great service via the Peace Corp to Jamaica and their fellow man.

Jordon Waldschmidt and the SOURCE

Such is the sentiment of Jordon Waldschmidt, a Peace Corps worker based at the SOURCE in Savanna-La-Mar, who believes “social enterprises has the wherewithal to transform a community from being good to being great because it builds communities and individuals holistically.”
The Source is a resident-led community enterprise that provide computer, internet services to the Russia, Seaton Crescent, Barracks and Grotto communities. These services generate social improvements and serve broader human and community development purposes; any increase in revenue is put back into the business so that it can increase the social services it offers to the communities.

Waldschmidt, who assist the daily operation of the facility, describes the business model as “brilliant” and a “stepping stone for community members to create success for themselves.”

She recalled workshop on how to make stuffed toys and another on leather craft conducted recently.
“This gave residents a chance to acquire a skill that can ultimately provide them with entrepreneurial skills,” she said.
The Peace Corps worker shared that she has developed an admiration for the diverse culture found in Jamaica.
“I love the Jamaican culture, the friendliness and warmth of the people,” she said gleefully, “and the patois! I love the patois!” she quickly added. Then in what seemed as her most convincing Jamaican accent: “Nuff tings ah gwaan!”

The peace corp-sebi connection – a culture of volunteerism 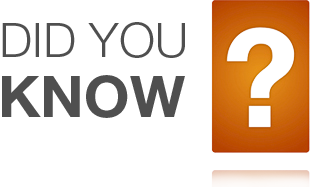